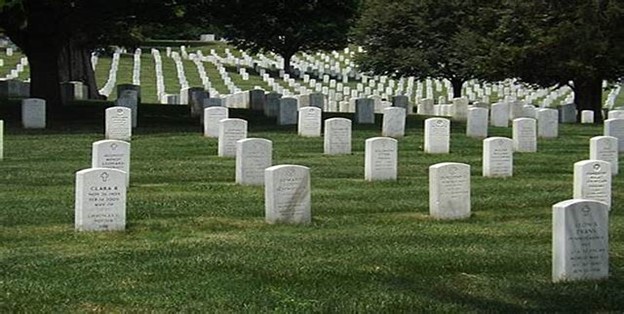 The gently sloping hills of Arlington National Cemetery overlook the nation’s capital.  From this vantage point, thousands of soldiers, sailors, airmen and marines look across the Potomac River in formation.  It is as if in their passing, they continue to look over us and the country because it is their legacy.

Overwhelmingly, those who rest here are unknown but to their loved ones and the brothers and sisters in arms with whom they served.  Often, their heroic actions are unknown to their parents, spouses, children, and grandchildren.  For the family, the only way they may know is through a written citation that accompanies the awarding of a medal.  Or, if they have met those with whom their loved one served.  Those heroic deeds are known only to those who, in their most life-threatening moments, served at their side to keep each other alive to see another dawn.

Today, March 5, my father’s ashes will be interred in Arlington National Cemetery for his final rest.  Officially, the documents inform us that Emerson “Top” Trainer retired from the Army after over 21 years of active duty.  Those years spanned the period from November 1949 to March 1971.  He was seventeen when he enlisted and found himself in Korea a few months after his eighteenth birthday and just weeks after the outbreak of the Korean War.  He was seriously wounded in January 1951.

He kept re-enlisting.  He knew the risks, but he had also found a “home”.  While he didn’t excel in school, he was very good at soldiering.  From the ice and cold of Korea in the 1950s, the heat and humidity of Vietnam greeted him in the 1960s.  As he rose through the ranks to become a First Sergeant in a rifle company in Vietnam, his experience and contribution to the lives of his young soldiers were not unnoticed.

Retired General McCaffrey, my father’s company commander in 1968, wrote in the Foreword of The Fortunate Son: Top, Through the Eyes of Others that “He gave a sense of being the ‘father’ of these young soldiers. Absolutely fearless. Quiet. Dignified. A teacher. Very gentle way of dealing with people. He was a natural leader. He expected to be obeyed.”  As a young captain and company commander, General McCaffrey added that “I considered him to be the co-commander of the company. He was a rock. The soldiers loved him. He was one of them.”

After two combat tours of duty in Vietnam and another Purple Heart, the Army was clear that its losses of combat-experienced senior non-commissioned officers dictated that he be placed back on orders for Vietnam after recuperating from burns he suffered.  He reluctantly retired from his Army family.

Though he no longer wore the uniform, he was never anything but a soldier in mind and spirit.  As the years passed, the young soldiers he had helped get through their combat tours in Vietnam sought him out, and he relished being with them at reunions and other gatherings.  He liked being with other soldiers.  He was in his element.  He understood them, and they understood him.  He made life-long bonds as evidenced by the fact that half a century after serving together in Vietnam, he regularly attended reunions, weekend gatherings, and spoke often to his former soldiers.

For him and so many who are at eternal rest in Arlington, so much about who they were and what kind of soldiers they were is told by what appears on the uniform they wore.  Luckily for my family, there is a group of men who wanted to express their respect for their “Top” (their First Sergeant).  In The Fortunate Son, they described publicly their Vietnam experience and the impact that Top had on their lives so that he would know what he meant to them.

We are fortunate.  Over the years, we have spent time with many of the men who served with our soldier.  While tears may be shed on this day that he is interred, we celebrate his life and the many positive effects he had on the lives of his brothers in arms and their families.

If you find yourself in the nation’s capital, look west across the national mall to the rolling hills beyond the Lincoln Memorial.  You may see those who have watched over the country still in perfect formation and wonder if we continue to be worthy of their service and sacrifice.