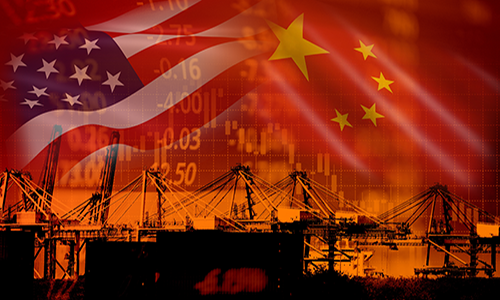 The Trump Administration devoted significant time and attention to China.  The effort to bring back jobs, reduce our trade deficit, restrict investments by US firms, impose tariffs, and ban Chinese tech companies from certain US sectors were all elements of a strategy to bolster the US.

There are many ways to evaluate and assess the success of these tactics.  One big focus was the trade imbalance.  As 2020 ended, it is clear that despite all the tactics used, the trade imbalance remains fully in favor of China.  A January 14, 2021 article states that China’s trade surplus with the US soared to $317 billion in 2020.  This reflects a 7% increase as compared to 2019.

The Asia “challenge” is not simply a China issue.  There have been major developments in Asia that may pose trade problems for the US in the short term.

Though there is a long list of major developments, these four are worth noting because they include China or have an impact on the US’s ability to influence (or not) our trading partners in Asia.  President-elect Biden and his team were unable to convince the European Union (EU) from finalizing a Comprehensive Investment Agreement with China on December 30, 2020.  Because of this agreement, it begs the question how much the US can persuade the EU to work with the US in opposing market distorting policies imposed by China.  The question is whether there will be limitations on the EU and its willingness to challenge Chinese economic and trade practices and policies.

On January 23, 2017, President Trump had the US withdraw from the Trans-Pacific Partnership (TPP) negotiations and agreement, which did not include China.  After years of negotiating and getting eleven other governments to agree to many US demands, the US abandoned the TPP and allowed the remaining eleven governments to conclude the agreement, renamed the Comprehensive and Progressive Agreement for Trans-Pacific Partnership (CPTPP), without a number of provisions that were favored by the US.  The finalized and signed version of the CPTPP does not include numerous stronger provisions that had been favored by the US.

In addition to a finalized and signed CPTPP, 15 countries, including a number of countries that signed on to the CPTPP, finalized the Regional Comprehensive Economic Partnership (RCEP) agreement in November 2020.  Among the 15 countries is China.  While some may argue that it was not led by China, the sheer magnitude of China’s economic influence makes the RCEP an agreement that cannot be overlooked.  The RCEP includes the second and third largest world economies and leaves the US on the outside looking in.

The new Biden administration and his trade team will not be able to ignore these four developments: US withdrawal from the TPP, the finalization and signing of the RCEP and CPTPP and the new EU-China agreement.  For those who may frown on international trade, we ignore its effects to our own peril.

How much do these agreements put US businesses at a disadvantage?  How can the US offset China’s rising international economic and trade influence?  The Biden Administration will have to work to claw back to a point where the US can be a trusted partner in trade negotiations.

The challenges in Asia will require a lot of hard work.  There is a need for some blunt closed-door discussions between US government policy makers and US business executives.