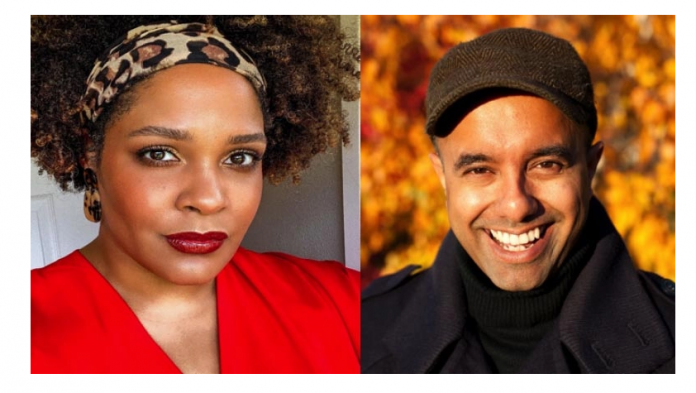 Ijeoma Oluo, the author of So You Want to Talk About Race and Mediocre: The Dangerous Legacy of White Male Power, is to speak at the U.S. Book Show. Ms. Oluo will be in conversation with Rakesh Satyal at the U.S Book Show. Mr. Satyal acquired Ms. Oluo’s forthcoming book, Be a Revolution, for HarperOne last year.

Named one of Seattle’s top 50 most influential women, the Nigerian-American Oluo, who lives in Seattle, is a widely admired speaker and author who saw her nonfiction So You Want to Talk About Race (Seal, 2018) hit the New York Times bestseller list with its publication in 2018 and remain a consistent bestseller. Since its release in 2018, the book has sold more than 405,000 print copies, according to NPD BookScan.

Publishers Weekly gave Mediocre: The Dangerous Legacy of White Male Power, published by Seal Press in December, 2020, a starred review, noting, “Erudite yet accessible, grounded in careful research as well as Oluo’s personal experiences of racism and misogyny, this is an essential reckoning with race, sex, and power in America.”

“We are pleased to sit down to discuss Ijeoma’s groundbreaking work, including So You Want to Talk About Race and Mediocre, as well as give viewers a sneak peek into her next book, Be a Revolution,” said Mr. Satyal.

Rakesh Satyal is executive editor at HarperOne, a division of HarperCollins Publishers, and a Lambda Literary Award winner for Blue Boy (Kensington, 2007), which also won the 2009 Prose/Poetry Award from the Association of Asian American Studies. His second book was No One Can Pronounce My Name (Picador USA, 2017).

“Ijeoma Oluo is a great talent and an important voice in the national conversation. We are thrilled about having her take the stage at the U.S. Book Show to reflect on her past writings and take us into the future with a discussion of Be a Revolution,” said Krista Rafanello, senior marketing director of Publishers Weekly and the show manager of the U.S. Book Show.

Ms. Oluo was named to the 2021 TIME 100 Next list and has twice been named to the Root 100. Her work on race has been featured in the Guardian, the New York Times and the Washington Post, among many other publications. She received the 2018 Feminist Humanist Award and the 2020 Harvard Humanist of the Year Award from the American Humanist Association.