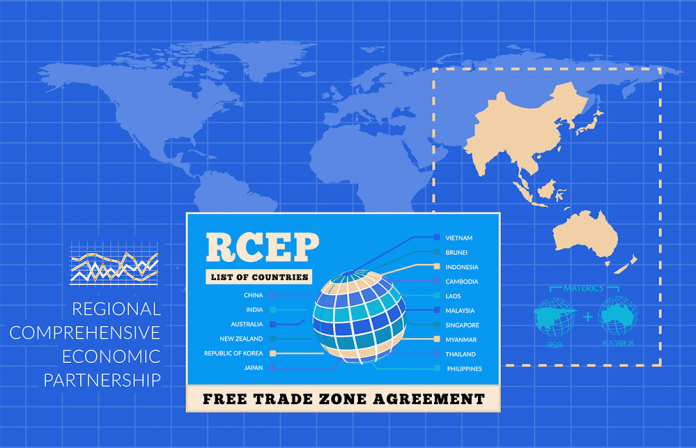 The U.S.’s primary economic rival continues its efforts to be the predominant influencer in Asia.  On September 16th, China submitted its official application to join the Comprehensive and Progressive Agreement for Trans-Pacific Partnership (CPTPP).  The irony of this development is that the U.S. had once been the country leading the effort for concluding this agreement when it was known as the Trans-Pacific Partnership (TPP) Agreement.

The U.S. announced its participation in negotiating the original TPP in 2009.  The eleven foreign countries involved in the negotiation represented over 40% of the U.S.’s export market for goods based on 2013 trade data.  By the end of 2015, U.S. industry advisory groups were providing the Obama Administration of their views generally supporting a final TPP agreement.  No trade agreement is perfect and industry recognized that the benefits agreed to outweighed some of the less favorable provisions.

Despite support for the TPP, the Trump Administration had the U.S. withdraw from it. Our trading partners worked toward finalizing and implementing the TPP with a new name, the Comprehensive and Progressive Agreement for Trans-Pacific Partnership (CPTPP).  Without the U.S., the eleven countries remaining decided that some provisions that the U.S. had insisted upon could be suspended.  For example, U.S. insistence on higher levels of protection for patents and copyrights (inventions and creative works, both strong areas of U.S. industry) were set aside and not part of the CPTPP’s final text.

When the U.S. withdrew from the TPP, another Asia-oriented regional trade agreement was being negotiated without the U.S. and pushed by China.  China was engaged in negotiations for the Regional Comprehensive Economic Partnership agreement (RCEP).  The RCEP was a counterbalance to the TPP and negotiations began in 2012.  The RCEP has some of the same countries that are part of the CPTPP.  For example, Japan, the third largest global economy, is part of both agreements.

The RCEP negotiations have been concluded and the fifteen member countries signed the agreement in November 2020.  It will go into effect upon ratification of the required number of countries.

Commentators have noted that the RCEP does not include any chapters on environment or labor whereas the U.S. negotiated TPP did include chapters on both of these subjects.  Moreover, the U.S. negotiated TPP addressed state-owned enterprises that are plentiful in China.  The RCEP, however, does not have a chapter addressing specifically state-owned enterprises.

With China taking a leadership role in Asian trade through the RCEP and with its application to join the CPTPP, China is taking advantage of the U.S.’s absence in these regional trade agreements.  It becomes more difficult for the U.S. to obtain concessions from other members of these agreements if China beats us to the table or when we decide not to sit at the table.

At present, it is difficult to see what the U.S. trade agenda is as it relates to Asia and, more specifically, regarding the CPTPP and RCEP.  What is clear is that we are no longer sitting at the big table where trade provisions are being negotiated and have implications for U.S. business interests.  Whereas at one time the U.S. was drafting the provisions that would help U.S. businesses operating in the region, today we are not in the room where the discussions are taking place.

China’s economic and trade influence has been on the rise for some time.  It should be no surprise that China would now seek to capitalize on the U.S.’s withdrawal from the TPP and seek to become a dominant party to the CPTPP.  The task of obtaining concessions and getting our preferred language into future trade agreements has just become more difficult and complicated.  The U.S. needs a dynamic and vibrant trade strategy that allows all interested sectors to provide inputs to confront a very challenging global trading system.