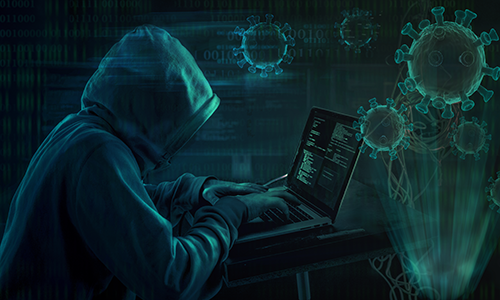 The life-threatening Covid-19 virus began its global march a little over a year ago.  As it spread around the world, governments began taking steps to try to slow its spread in view of the absence of a cure.  The virus spread unchecked given the lack of effective treatments in the early going.

The combination of fear, lack of protective equipment, and the need for any concrete measures to attack the virus provided, as usual, a business opportunity for those who seek to profit in times like these.

In March 2020, INTERPOL reported the results of its PANGEA XIII operation that was conducted during the week of March 3-10, 2020.  The global operation had the participation of police, customs, and health regulatory authorities from 90 countries.  INTERPOL warned that the virus “has offered an opportunity for fast cash, as criminals take advantage of the high market demand for personal protection and hygiene products.”  The operation’s results included the seizure of counterfeit masks, testing kits, and surgical instruments.  In addition, government authorities seized counterfeit and substandard medical products.

It’s worth noting that PANGEA XIII was conducted in March, during the early months of the global pandemic.  As 2020 progressed without a cure or vaccine, the stresses among governments and their populations increased.  Lockdowns and resistance to lockdowns provided continued opportunities for those who were exploiting the situation.  And, this prompted reactions from organizations attempting to protect the global consuming public.

The World Customs Organization (WCO) reported in October 2020 that it, too, had conducted a global operation.  Through its various global regional offices, the WCO conducted Operation STOP from May 11 to July 12.  This operation resulted in preventing over 300 million units of medicines, as well as more than 47 million units of medical supplies (masks, gloves, COVID-19 test kits, thermometers, and gowns) and approximately 2.8 million liters of hand sanitizer gel from entering the global stream of commerce.

News of vaccine availability at the end of 2020 and entering into 2021 caused INTERPOL to issue an alert to all its member countries.  INTERPOL’s December 2020 Orange Notice outlined potential criminal activity in relation to the falsification, theft, and illegal advertising of COVID-19 vaccines.  INTERPOL’s concerns also underscored the need for the traveling public to be more aware of possible threats.  As international travel gradually resumes “it is likely that testing for the virus will become of greater importance, resulting in a parallel production and distribution of unauthorized and falsified testing kits,” INTERPOL warned.

With the virus continuing to be a threat and months before significant numbers of people are vaccinated, it is worth noting the continued efforts by the illicit profiteers to exploit fear and continue their efforts.  Hong Kong is one of the busiest container ports in the world.  On January 14, 2021, its Customs and Excise authorities seized 330,000 suspected counterfeit medical-grade masks that were being shipped through its port.  While the ultimate destination was not disclosed, this is a snapshot of one day’s activity.  It begs the question as to the actual quantity of illicit, substandard goods being shipped around the world to unsuspecting consumers.

In the US, US Immigration and Customs Enforcement (ICE) issued a warning in December that it expects “criminal networks will try to illegally introduce and sell counterfeit vaccines and medical treatments that could endanger lives of U.S. consumers.”

As we approach a year of mask wearing, lockdowns, home-schooling, and other obstacles to normal life, it is important to be aware of the fact that, as consumers, we must be vigilant to prevent ourselves from being victimized by those who seek to spread illness and, potentially, death, through illicit and substandard medical products and equipment.