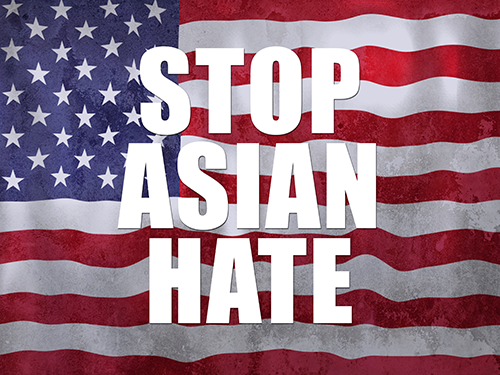 The recent reports of increased violence against Asian-Americans are troubling, but nothing new.  The history of Asians in the U.S. is marked by negative actions against this group by U.S. citizens and the U.S. Government.

The current focus on Asian-Americans or Chinese-Americans may be attributed to the Covid-19 pandemic and how politicians have pointed a finger at China for our misery.  This, in turn, has seemingly given citizens an excuse for their violence against U.S. citizens of Asian descent.

Every time the term “Asian-Americans” is used, it begs the question whether Americans can look at a world map and point out the actual size of that continent and the many countries that make up Asia.  Given the current wave of “anti-Asian” violence, it is easy to conclude that those targeted “look” Asian as opposed to those Asians who have the physical look of Europeans.

If one looks back to recent history, Japan was a favorite target for the ills of the U.S. auto industry and how it was seemingly dominating other manufacturing sectors such as home entertainment equipment.  South Korea’s rise is evident in autos and high-tech areas while Taiwan companies moved into computer chip production areas.

During the past few decades, some of the animosity toward Asians or Asian-Americans is, frankly, because of their success.  Japan, South Korea, and Taiwan are small countries in actual territory and their populations are small as a percentage of the U.S. population, yet, they have become global economic powers.  The anger and resentment toward Asians are easily manifested in violence since Asians are easy to identify within the U.S. population.

For the Asian-Americans who are U.S. citizens, a great number are here due to generations having worked hard and succeeded in the U.S.  The Chinese who arrived in the 1850s and later worked in factories and in agriculture and contributed significantly to the railroad industry.  As the number of Chinese workers increased, this prompted anti-Chinese sentiment in the U.S.  The growth of the Chinese communities along the west coast prompted efforts to limit the number of Chinese immigrants.

For Japanese and Koreans, the Hawaiian plantations played a major role in their immigration.  The need for labor to work plantations in Hawaii facilitated the immigration for workers.  Japanese began arriving in Hawaii in the latter part of the 1800s and Koreans the first years of the 1900s.  Eventually, they would arrive on the U.S. mainland.

Historically, some have written that the Immigration Act of 1924 (also referred to as the Oriental Exclusion Act of 1924) was “to preserve the ideal of U.S. homogeneity.”  In effect, this law prohibited Asian immigrants.

It is one thing to prevent people entry into the U.S. and quite another to imprison U.S. citizens.  Americans of Japanese descent endured the loss of their freedom, businesses and homes during World War Two for simply being of Japanese descent.

Yet, despite the treatment of Japanese-Americans during the war, an Army unit made up of second-generation Japanese-Americans (442nd Regimental Combat Team) is still the most decorated unit for its size and length of service in the history of the U.S. military.

Given today’s national environment, it is important to be aware of the fact that for over 150 years U.S. citizens of Asian descent have contributed significantly to U.S. society in all of the country’s endeavors.

While many may not necessarily like the result, the current U.S. Vice-President can point to her Asian (Indian) ancestry.  The newly confirmed U.S. Trade Representative is Chinese-American.

Throughout U.S. history, one thing has been proven time and again and that is that one’s ancestry has nothing to do with a person’s devotion to serve and protect the United States.  Americans of Asian descent prove this every day.

**The writer is of Japanese-European descent.