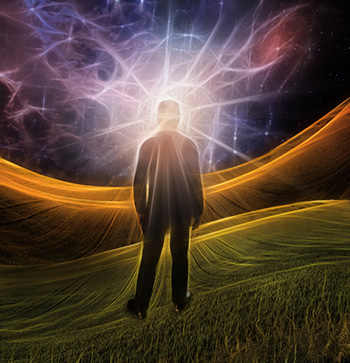 There is no more important principle to learn as an entrepreneur than that God will lead you. In all my years of traveling and pursuing my dreams, that is the only constant I can communicate to you.

It is really not an overwhelming principle, but one learned by taking small steps, seemingly insignificant steps when you feel you should. We have all heard about that wee little voice in our head which seems to nudge us at the right time to make the right decision. Who knows how it all works. But work it does if you let it.

I relay this story to you not so much so I can brag how wonderful I am. How faithful I am. Because I am not. I am just like everyone else who constantly seems to fall short of what we know we are capable of. And yet, I have found hope in those small accomplishments when I have listened to the small prompting which tells me that I need to act. Yes, act.

While God’s world is about listening, it is really more importantly about acting. Taking action. When we act on our nudges, we endorse the presence of God within us. We acknowledge that those promptings have a significance to our lives.

Once again, I relate this story so you might see some similarities within your life. That you might re-evaluate the promptings you have had in the past . . . and failed to act on. That you in the future might, just might, give them a chance by acting on them.

And here is the key: this is a process. There is no magic formula to learning to listen, to discern. Rather it is a process where you act on certain impulses and observe their outcomes. The more you are willing to act on the small nudges, the greater God will communicate the bigger ones to you. So simple, yet so complex.

For you see, life is there for the asking. God is there to help you. But He cannot do it alone. He needs you to be His accomplice. So, He can lead you to the life that He wants you to lead. The life that deep down within yourself you know you want. That is the nature of God.

So, as I try to relate this story to you, I will try to acknowledge my shortcomings, but if it sounds so wonderful to you, don’t forget it all started with a $5.00 airline trip.

Every year there was a BookExpo which was the largest booksellers’ event in North America. I had been attending the convention since 1999 when I began to think about expanding into book publishing after thirteen years of publishing my Owl Media Guide’s Nevada Media Directory reference book. That year BookExpo was in Los Angeles, and I attended. In 2004, it was to be held in Chicago. At the time, I lived in Las Vegas. I knew I needed to attend, but the previous month had not been financially rewarding. I kept wondering when I would be able to have enough money to make a reservation . . . and to go. Three weeks before the event I still had not made a reservation.

During this time, I had been monitoring a megachurch’s website in the Chicago area called Willow Creek to see if and when my former Senior Pastor was going to be teaching. He had left our Las Vegas church nearly a year before. He had been a strong influence on bringing me back to church and inspired me to becoming a better person by being an authentic person himself. I checked daily for weeks . . . imagining what it would be like to fit in church and the BookExpo. More on that later.

Well, the BookExpo ran from Wednesday night through Sunday the week right after Memorial Day. I was coming closer to losing the best chance at an airfare. I constantly played out scenarios in my mind about how to get there and the cheapest possible way to spend time there.

On a Friday night about two weeks before the show, I was sitting in my living room in Las Vegas. I still had no money. I kept thinking that I was not going to be able to go. And then it hit me . . . rather it nudged me.

Well, I did not have enough reward miles to get a ticket . . . I was 150 miles short for an AmericaWest airline ticket. I wasn’t even close for a United ticket . . . 8,000 miles short. I knew I could buy miles to make it over the edge, but even that would cost me $50.00 for the reward ticket.

So, after procrastinating for awhile, I went to my computer and went to the AmericaWest site. I punched in my reward number and selected flights. I got to the point I selected some tickets which would at least get me to Chicago and a shot at seeing my pastor on Wednesday night before the Book Expo started.

Hmmm, maybe this was going to work.

I went all the way to checkout. I thought I outconned the system. I was going to get my ticket to Chicago.

Then the dreaded screen came up.

I no longer was king. My lack of miles had been discovered. They had tantalized me to the point I thought I was going to get away with it. And then the door shut in my face.

The screen did not magically change and grant my wish. Maybe, God had forgot to tell them it was OK to give me the ticket.

I closed out the browser and started over again. Afterall, AmericaWest should have another chance at giving me the ticket. A fresh chance.

So yes, I started all over again. That’s right. I logged back into the site, punched in the dates and city, selected the flights, and pushed Order Tickets. I knew God had enough time to communicate with them. He is omnipotent. Click.

I was horrified by what I saw on the screen next.

“Huh. Didn’t you get the memo from God? He sent me one while I was on the couch to get my tickets.”

The screen did not flicker. The infamous blue screen from Microsoft did not overcome my computer.

I did what any sane person who do. I haughtily got up from my chair, walked over to the couch, sat down, and turned on the television. But my mind kept saying:

“God, what’s the deal? Are you testing me? Well, I passed. I went over to the computer and tried. But God you didn’t do so hot. I got no tickets. Omniscience. I thought you knew the mileage requirements for a reward ticket. At least now you do. Thanks a lot.”

“Or is the Devil teasing me?”

Who cares? Let’s get back to watching the boob tube. Enough of this nonsense. And that is where I left it for the next hour.

Yeah, right. I continued watching TV. I would tell you what I was watching, but I don’t remember. Time marched on.

In defiance, I stood up. Sure, makes sense. I am sure the rules have changed in the last hour. What was I thinking? They say insanity is marked by doing the same thing over and over again and expecting a different result. I was being mocked. Well, I am going to do this. And show the world. I went to the computer.

Guess what. AmericaWest’s site worked very well and, on the screen, came:

Third time is the charm. Duh. Well, life is not always the way we want it to be. Call the white jackets. I am ready to be admitted. Not really, but I was feeling melodramatic. Self-pity flooded me.

I can’t say why I did it. But when insanity has been declared, you look for different answers. I decided to let United Airlines mock me too.

I punched in my ticket request knowing I did not have enough miles . . . about 8,000 miles short to be more precise.

I went through the routine of picking days and times . . . trying to see my pastor and get to the BookExpo and out of town as fast as possible. I tried the red-eye on Tuesday and the 6 a.m. on Wednesday so I could get into Chicago for church and leave late Sunday after the show. Four days in a hotel max.

Having crafted my timetable of efficiency and expediency, I hit enter.

Rejection is never a pleasant experience. United was not buying this itinerary. I added a day at a time trying to get a ticket.

I had the church’s website in one window. United in another. BookExpo in another.

I must have played with it for fifteen minutes trying to get something to qualify for a ticket . . . I would have even been satisfied for a reasonable ticket, even though I had no money to buy it. Some small victory at least.

At this point in trying, I was at the Saturday before the BookExpo opened (5 days in advance) and the Tuesday after BookExpo (2 days after the event closed). Ten (10) hotel nights. Ten (10) days of car rental.

Yeah, this is smart. This is going to work. Oh, what the hell!

I don’t recall what actually happened next. It was either “Select Your Seats” or “Confirm to Continue.” Or something. It was one of those moments that time stands still. You can’t believe your eyes. You wander if you are hallucinating. But there it was.

“As a way of introducing Ted, our new airlines, this United Airline’s special promotion requires only 15,000 miles.”

Where is that decimal point? Count the zeroes. Breathe. Don’t touch the keyboard. Remain calm.

And then my mind turned a new way. Yes, I will be honest with you that the following occurred. I am not proud of it, but I do acknowledge it.

All this to the God of the Universe. The provider of all things.”

I enter my business debit card information in United Airlines site. I click Order and hold my breath.

The hourglass appears. My blood pressure is rising. Tension is in the air. After what seemed an eternity:

Congratulations! Here is your Confirmation Order number and Itinerary.

I am going to Chicago.

I was just looking in the wrong place. Not exploring all the possibilities. Doubting myself. Limiting the God of the Universe.

And yet, setting all my self-doubts aside, I tried. I acted.

Tears filled my eyes. My heart swelled with emotion. I thanked God.