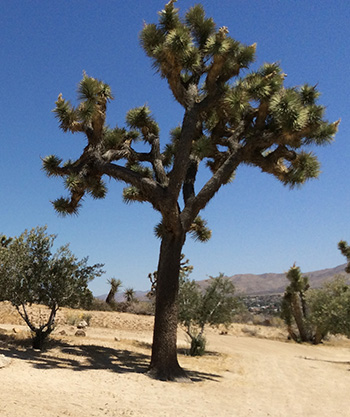 After years of working towards becoming a research scientist and a medical doctor, in 1971 I left the hallowed halls of science at a major university medical school in Chicago to start a talent agency specializing in the music business.

Described by Billboard Magazine on June 23, 1973, as an Entrepreneur, a rare term at the time, I had expanded the talent agency to briefly include a rock club down the street from the famous The Second City comedy club. Eventually I became a rock promoter. Living in a penthouse on the Gold Coast of Chicago, I was leading the hedonistically inspired Playboy dream of single men in the early 1970s. All the perks of sex, drugs, and rock n roll surrounded me. As I gazed out the windows on the 52nd floor, I felt I had made it. I was a success.

On June 21, 1974, I was greeted with tornado warnings and ominous storm clouds as we prepared what would be my last concert . . . and yes, at the time, I knew nothing about Summer Solstice. Thankfully, the kids ignored the dire warnings from the television weathermen and were lined up waiting to get in. The groups performing were Styx and Kansas. I was at the top of my game in the music business.

And yet that night, just as the last encore started, a small voice inside me said that tonight would be my last concert.

It was just a strange thought in my head because everything had turned out so perfect. I could not fathom never experiencing again the joy of giving such a wonderful night of entertainment to people. My Mom and Dad were there helping. My business associates and partners were congratulating me on a wonderful night. The audience loved it.

Deciding to skip the after-parties, I rode the elevator alone to my penthouse. Somewhere inside me, I knew this chapter of my life was ending. While I had dreamed of returning to the joy of promoting concerts that I had experienced years before as chairman of the Dance Committee at the University of Illinois Chicago, I really did not have a vision beyond my return to what I loved. At that moment on the night of the concert, I had accomplished my goal. I had achieved my dream.

Little did I know at the time that my Soul had a dream. A Vision. And that I was about to embark on a forty-year journey of discovering my innermost Being.

On December 12, 1978, I was living in a small house in the desert in Joshua Tree, California, after a turbulent, life-changing seven years. From the hallowed halls of science to the music business to founding a national manufacturing business, I had experienced the reality of making my dreams come true as an Entrepreneur.

After a few months of isolation in the desert, I wanted to share my thoughts, beliefs, and knowledge with others on how to become an Entrepreneur who could turn their dreams into reality. I had only previously written a brief published note on the challenges of college from a high school senior’s perspective. Educated in college to be a scientist, writing was never a priority, let alone a class I took.

And yet, on that night, I sat staring at a blank yellow legal pad with a deep desire to express my thoughts in a logical manner. However, I was soon surprised to find that I was not in control of the words as they flowed onto the paper.

What I had imagined was writing a manual on how to manifest your dreams, then give it to people who would ask me for advice, in the hope they would leave me alone. I envisioned it as similar to a plan for a science experiment. Follow these steps. Observe the results. Try several different approaches. Notarize the results. Done.

That is not what happened with me and that yellow legal pad that night. Nor from that point onward.

Instead I found myself in a different state and words just flowed onto the paper. It was like I was detached from the experience because I was surprised by the thoughts I would write.

Where did this come from? Where’s my manual? Where is the do-it-yourself approach to manifesting your dreams as an Entrepreneur?

I was not prepared for the approach that I wrote. I fully agreed with it after writing the thoughts down. I just did not have the conscious capacity to write those thoughts down on my own. While I had intended to write a manual, for lack of a better word, I was in the process of writing a life map where you were the center of the universe and your life. Where you were the vehicle that dreams flowed through. Where you were also the roadblock to manifesting the life you wanted to lead.

The Revelation was in your Being. Your Spirit.

In my pursuit of these varied ventures in business, I had learned how to turn my dreams into reality. That was easy.

What I had not investigated was who was doing the manifesting.

What lurked in the shadows that I had failed to acknowledge?

What was the nature of my true self?

Was there more to the world than what I had perceived?

And how did this all relate to being an Entrepreneur?

And so, I was welcomed into a place I never dreamed of . . . at least consciously. And some would say that was because I was unconscious. And they are probably right. I had been using the real world as my test tube, my laboratory. I never thought I would end up discovering who I really was with the knowledge and steps necessary to match the everyday world with the inner world that I was just about to discover.

In this first section called Conception, I have included the original forty-three pages I wrote during the first writing sessions, although I have added some fomatting for emphasis. I have placed the dates of the writing to show when they were written originally.

After the first writing on 12/12/1978, I was taken aback. Those words haunted me. Especially, the part that said:

If every person desiring to make a statement.

Who is to judge the value of a Dream?

Who is to say yours is no good?

Who has the right to say you should not try?

From these first pages, my life began to change. While I was surprised by the nature of the writing, I soon realized that it was exactly what I needed to write to explore and explain my initial years of being an Entrepreneur.

And to prepare me for the new life adventure I was embarking on.

Welcome to Dreamland in Reality.