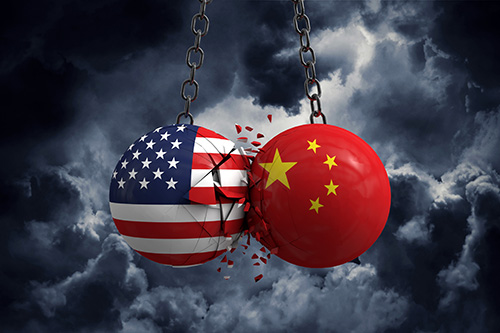 The New York Times published a guest essay on September 14, 2022, entitled “China is Running Covert Operations That Could Seriously Overwhelm Us.”  The essay addresses the challenges presented by China’s covert intelligence collection efforts to obtain military and national security related information.  This should not surprise anyone who has been involved with China in recent years.

Whether militarily or economically, China’s industrial capacity, combined with its advantageous numbers in population, are enough to raise concerns for any country.  It is best to look at and consider China’s covert activities through a wide lens.  Aside from the size and capabilities of its military, China has become the second largest economy in the world in a relatively short period of time.

One aspect of U.S.-China competition is commercial trade.  Within the commercial trade context, U.S. industry has been confronted by the eagerness of creative Chinese entrepreneurs to steal U.S. intellectual property (copyrights, trademarks, patents, designs, and trade secrets).  Once U.S. companies moved production to China, imaginative Chinese entrepreneurs began churning out inexpensive fake and substandard versions of the real thing.  It became much easier to access authentic products to replicate and copy when the original product is made either down the road or in a neighboring town instead of traveling long distances.

In the 1990s, U.S. companies complained to the U.S. Government about counterfeit auto parts, batteries, electrical products as well as the usual fake items found on big-city streets.  The tension arising from China’s production of counterfeit goods resulted in U.S. threats of trade sanctions in the mid-1990s until China committed to taking steps to reduce production of counterfeit items and protect U.S. owned intellectual property that was protectible in China.

The years of official statements, written agreements, and increased enforcement have not translated into a major decrease in production of counterfeit (fake) goods that are exported to the United States and the rest of the world.  One might observe that China’s efforts to access U.S. intellectual property simply moved up the food chain to obtain more advanced technologies.

While the Times essay focuses on China’s military and national security espionage activity, we should not ignore the challenges posed by economic espionage.  There have been numerous documented efforts describing economic espionage activities in the U.S.  Specifically, there have been FBI investigations and other government investigations that have resulted in successful U.S. criminal prosecutions and imprisonment of Chinese nationals.  Those caught and prosecuted for engaging in trade secrets theft, i.e., economic espionage, have attempted to steal secrets across a wide spectrum of industries such as circuit board designs for autonomous vehicles, agricultural seeds, aviation technology, and cancer fighting pharmaceutical products.

In addition to criminal prosecution under U.S. law, the U.S. Government has worked to impose obligations on trading partners to enact stronger legal protections to protect trade secrets.  The 2020 U.S.-China Economic and Trade Agreement included commitments for raising the level of protection for trade secrets in China.  The “new” NAFTA (U.S.-Mexico-Canada Trade Agreement) that went into force in 2020 included requirements for the protection of trade secrets, which was not covered in the original NAFTA.  The Comprehensive and Progressive Agreement for Trans-Pacific Partnership, a trade agreement that the U.S. helped negotiate but did not become a party to, also includes trade secrets protections.

Imposing trade secret protection and enforcement in trade agreements are a step forward.  The existence of these obligations in a trade agreement is separate and apart from actual steps being taken to enforce and protect trade secrets.  Once enacted into law in foreign countries, the relevant police, prosecutors, and courts must be committed to implementing the law.

In the end, it will be up to the entities that develop and own the trade secrets to be vigilant in protecting these economic assets.  The owners of these secrets are the first line of defense by adopting and implementing strict access procedures, working with law enforcement, and ensuring that our trading partners are living up to their obligations to provide trade secret protection to deter and prevent theft.

U.S. businesses that develop new technologies must be committed to protecting their advantages regardless of where they operate in the world.  Economic espionage has always existed.  Efforts to protect trade secrets have trailed the pace of increased protection and enforcement of trademarks, copyrights, and patents.  Given the economic potential of trade secrets and the impetus for growth they can have, greater attention to preventing their theft is critical to success.